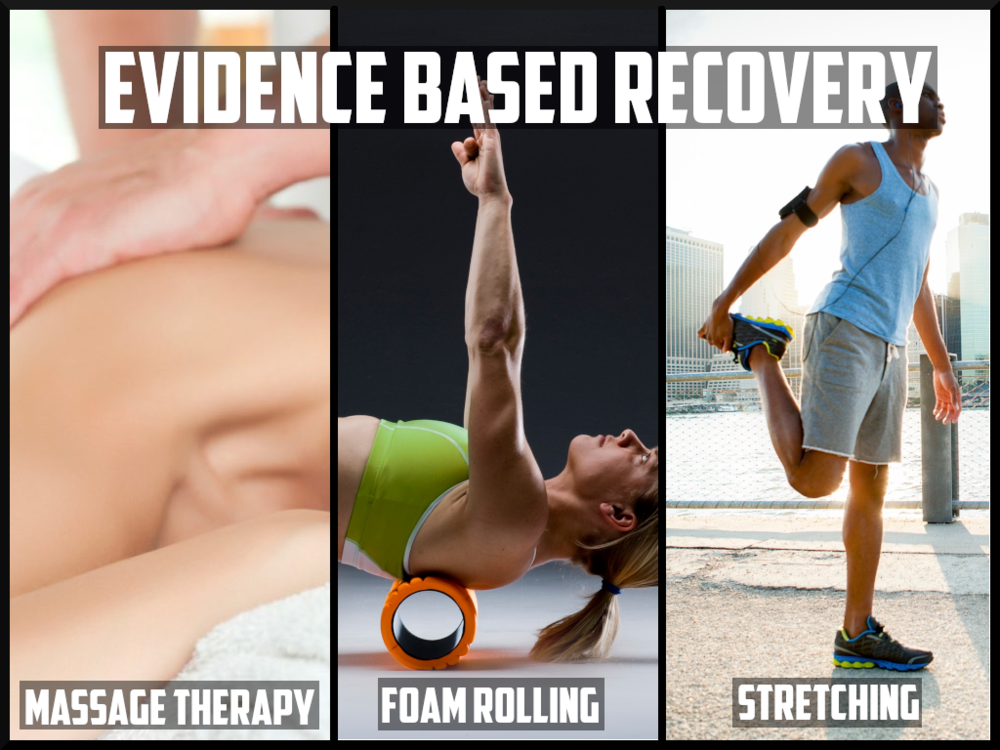 Physical activity, weight training, and sports are associated with a wide variety of post-exercise sequelae including muscle fatigue, delayed onset muscle soreness, discomfort, pain, and soreness. These symptoms vary widely based upon the physical condition of the athlete, duration, intensity, frequency and type of exercise performed. Physiologically, the muscles face repetitive microtrauma resulting in disruption of the myocyte (muscle cells) and sarcomeres, and subsequent inflammation.

One of the key components to returning to peak performance at the next opportunity or competition is adequate and appropriate recovery. Generally speaking, this includes passive recovery such as adequate nutrition, hydration and sleep, and active recovery which includes modalities such as massage therapy, foam rolling, stretching and many more. Recovery in an athlete involves two goals: (1) returning to the initial, pre-exercise level of function and (2) adapting (i.e. supercompensation), strengthening or improving some function in their respective activity or sport. Simply improving the sensation of fatigue can be considered a form of recovery. For others, improved performance and adaptation at a sport or strength may be a form of recovery. Finally, coming back from an injury is a form of a recovery.
In part 1 of this series, we’ll review the current evidence for massage therapy, foam rolling and stretching, and to see which, if any, have beneficial effects on recovery for the athlete.

Massage Therapy. Massage therapy is ‘mechanical manipulation of body tissues with rhythmical pressure and stroking for the purpose of promoting health and well-being’ (Weerapong, 2005). It is one form of myofascial release popular among athletes as a recovery modality. Massage is considered to enhance muscle relaxation, reduce tension, promote the healing process and improve athletic performance. Up to 45% of time spent during physical therapy for sports-related injuries consists of various massage treatments (Cafarelli, 1992).
Possible mechanisms by which massage therapy may exhibit their effects are biomechanical (deceased adhesions, stiffness and increased muscle compliance and range of motion), physiological (increased blood flow and circulation, increased parasympathetic activity, decreases stress hormones), neurological (decreased pain, tension and neuromuscular excitability) and psychological (increased relaxation, decreased anxiety); although none are well supported in the literature.
The evidence supporting massage therapy as a recovery modality have been mixed-to-favorable. Boxers reported massage positively affected the perception of recovery following boxing performance (Hemmings, 2000) and in long distance triathlon athletes, massage therapy improved pain and perceived fatigue (Nunes, 2016). Many studies have shown reductions in soreness perception of delayed onset muscle soreness (DOMS) (Rodenburg, 1994), while others have shown no benefit (Wenos, 1990). In a study of women performing jump squats, massage therapy accelerated recovery, helped with DOMS and improved muscle efficiency (Boguszewski, 2014). Massage therapy was effective at restoration of concentric strength 1RM in females when given prior to exercise (Imtiyaz, 2014). Massage therapy has been shown to increase skin temperature and improve blood flow following exercise (Portillo-Soto, 2014; Franklin, 2014). Most studies have shown massage therapy has no effect on recovery parameters such as heart rate, glucose, lactate (Hemmings, 2000). Blood lactate has been used as a marker of fatigue and recovery and the majority of studies show no benefit of massage therapy on lactate clearance.
In general, there are few, well controlled studies evaluating the effects of massage therapy on recovery making firm conclusions difficult. However, massage therapy has no known side effects, generally feels good and is not prohibited by governing bodies. Regarding massage therapy’s ability to help with recovery, it appears to help with perceived fatigue and DOMS and improve blood flow. It may help with strength, but the research is quite limited. There are no good studies suggesting it helps with objective recovery parameters such as lactate clearance. Athlete should also consider the potential psychological benefits of massage on recovery. It’s important to note that widely variable experience and techniques utilized by individual therapists can affect results. 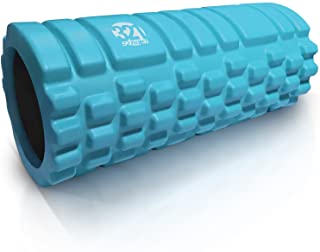 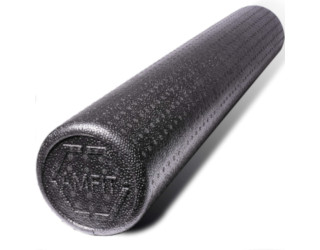 Foam Rolling. Foam rolling is loosely defined as self-manual therapy technique which uses body mass on a foam roller to exert pressure on the soft tissue for the purpose of myofascial release. It is commonly used by athletes to help treat or prevent myofascial symptoms such as adhesions, scarring, improve flexibility, treat delayed onset muscle soreness (DOMS), promote recovery and athletic performance. For many individuals, foam rolling may be advantageous as it can be performed by the athlete, eliminating the need for a massage therapist, and is cost effective and convenient.
How exactly foam rolling works or aids in the above goals remains unclear. The activity of foam rolling places both direct pressure and lateral forces as the friction of the roller pulls the skin horizontally. By varying their body positions, patients can use the rollers to isolate specific areas of the body and treat restrictions in the soft tissue (Healey, 2014).  It is hypothesized that changes to viscoelastic or thixotropic (gel-like) properties of the fascia, increased temperature of the soft tissue, increased blood flow, stretch of the muscle-spindle length, mechanical break down of scar tissue, blood lactate removal, edema reduction and/or oxygen delivery contribute to these effects. Both the classic roller massage bar and it’s variations as well as tennis ball or other roller balls can be considered foam rollers.
Foam rolling appears to provide several recovery benefits. One study found that foam rolling helped relieve DOMS, especially after eccentric exercise, and improved vertical jump height, muscle activation, and passive and dynamic ROM (Macdonald, 2014). Foam rolling appears to help with range of motion without compromising muscle activation or force (Macdonald, 2013). Foam rolling helps with quadriceps muscle tenderness and fatigue after 24-48 hours after squatting; it also appears to attenuate a decrease in performance in sprints, broad jumping at 24 hours post exercise (Pearcey, 2015). Foam rolling for 30-60 seconds for 2-5 sessions appears to help with joint range of motion and flexibility at the hip, knee and ankle as a pre-exercise warm up or cool down (Cheatham, 2015). In a cohort of professional soccer players, 20 minutes of foam rolling demonstrated increased recovery in agility, perceived recovery and muscle soreness compared to passive recovery group at 24 hours after training (Rey, 2017).
Following exercise, foam rolling attenuates decrements in lower extremity muscle performance and reduces pain perception with rolling period lasting 10 to 30 minutes. Further benefit may be obtained by subsequent rolling over the next few days. It is worth noting that not all studies find foam rolling helps with recovery. Foam Rolling between two 800m runs did not alter performance (D’Amico, 2017) and in a separate study, foam rolling did not improve short-term recovery of fatigued quadriceps (Lim, 2017).
In summary, foam rolling appears to aid in recovery following exercise, especially with DOMS, range of motion and sensation of fatigue post-exercise. Some evidence suggest foam rolling as a recovery tool may actually improve performance in subsequent activity. There are a few studies which found no benefit. When taken in totality, these finding suggest that foam rolling may aid athletes recovering from post-exercise fatigue and DOMS and return to training sooner. No studies showed a negative impact on performance. The convenience of using foam rolling to self treat prior to or following exercise at the convenience of athlete makes it an easy recommendation as a recovery aide. 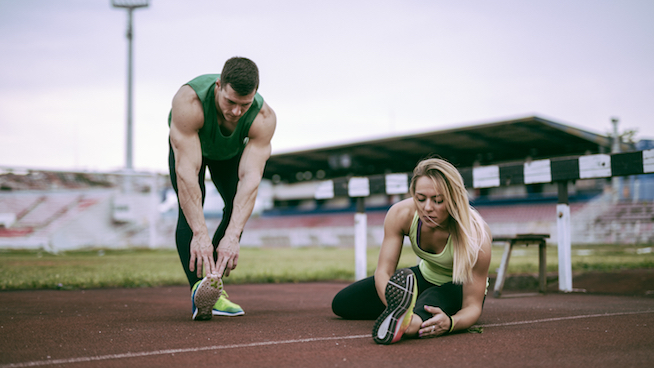 Stretching. Stretching is defined as the deliberate application of force to muscles and tendons in order to achieve a change in their length. Typically, this is performed to increase range of motion, reduce stiffness, and warm up or cool down from activity. Stretching is perceived to improved joint range of motion, muscle flexibility, mobility, improved athletic performance, decreased risk of injury. This summary is focused on stretching as a recovery activity, not stretching as a warm up that precedes training or reviewing other benefits of stretching. The mechanism by which stretching can aid recovery is not known. One suggestion is it may disburse edema, a result of the inflammatory process following exercise, aiding in recovery and adaptation (Barnett, 2006).
Stretching can be active or passive, static or dynamic. In active stretching, the agonist muscles are recruited to bring a joint to its range of motion barrier, whereas in passive stretching, other modalities bring the joint to its range of motion barrier (i.e. bands, gravity, assistant). Static stretching involves bringing the limb to its barrier range of motion and holding it at the barrier for a period of time (i.e. 30 seconds, etc) whereas dynamic stretching involves moving the joint through extremes in range of motion without long pauses at the barrier (i.e. swinging a leg forward and backward to extremes of hip flexion and extension). Proprioceptive neuromuscular facilitation (PNF) is a combination of active and passive stretching where the agonist or antagonist muscle is activated while stretching through the range of motion barrier (i.e. contracting quadriceps muscle while stretching the hamstring muscle).
If the goal of stretching is to achieve permanent improvements in range of motion and reduce stiffness and soreness, stretching requires days to months to achieve changes. Increasing “stretch tolerance”  to develop range of motion improvements requires practice in extreme and uncomfortable range of motion positions (Williams, 2013). Acute stretching helps with recovery of range of motion after injury and dynamic activities promote ease of motion after warm-up and/or cooldown. Unsurprisingly, pre-exercise stretching has not been shown to reduce post-exercise muscle soreness or force loss following heavy eccentric exercises (Johansson, 1999). The majority of literature suggests pre-exercise static stretching can exert a negative influence on performance while dynamic or ballistic stretching shows no impairments and may facilitate improvement in performance (Chaouachi, 2011).
One study showed static stretching and PNF showed faster recovery of knee flexor muscle strength, muscle soreness and range of motion compared to controls (Chen, 2011). Application of ice plus stretching was superior to stretching or cold alone in reducing post-exercise muscle pain (Prentice, 1982). Conversely, several studies have shown minimal benefit to stretching on recovery. A large cochrane reviewing 12 different studies found that stretching before or after exercise does not produce clinically important reductions in DOMS (Herbert, 2011). In a study among basketball players, cold water immersion was superior to carbohydrates and stretching for restoration of physical performance (Montgomery, 2008). Stretching does not appear to influence lactate clearance (Emiliano, 2012). Stretching has been shown to increase parasympathetic tone (Mueck-Weymann, 2004), which may partially explain the relaxation experienced with stretching.
In summary, stretching is a well accepted ritual in sports and physical activities of all types. The benefits of stretching on range of motion, mobility and injury prevention are clear. The benefits of stretching as a modality for recovery are less clear and underwhelming. There are a few studies suggesting it helps with DOMS and muscle strength, however a large cochrane review found the evidence to not produce clinically important reductions in DOMS. It does appear to increase parasympathetic tone which may aid in the relaxing nature of stretching. One can not definitively say at this point, based on the evidence, that stretching provides any significant benefit in post-exercise recovery but other known benefits mean that you should continue to to stretch as a part of your overall physical fitness and wellbeing.
Conclusion. In summary, massage therapy and foam rolling likely aid in recovery of the post-exercise athlete. Massage therapy appears to help with perceived fatigue and DOMS and improve blood flow to the soft tissues. Foam rolling appears to have similar effects, resulting in a decrease in the sensation of fatigue and delayed onset muscle performance. Regarding stretching as a recovery modality, the evidence is underwhelming and the best studies find no significant benefit. All three of these modalities are relatively safe, and there is no evidence that they hurt recovery, so athletes can continue to utilize them at their discretion as a recovery tool. All three, especially stretching, have additional benefits unrelated to recovery. More robust research is needed to definitively determine the degree of benefit of each of these and the optimal parameters for recovery (timing, duration, etc).