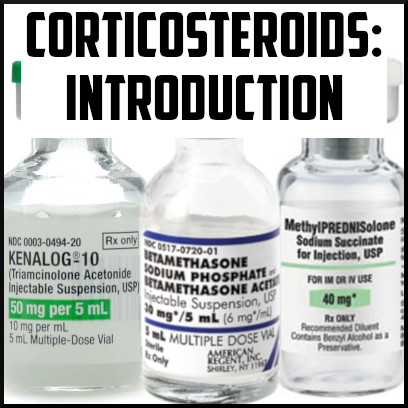 Introduction and Comparison of Corticosteroids

Corticosteroids are medications that are commonly injected and many people refer to these injections as “cortisone” injections. The first corticosteroid injection was performed in 1953 and the first clinical trial was performed in 1958 1,8. The medications are synthetically formulated to mimic the steroid hormone cortisone, which is produced by the adrenal gland and released in response to stress. Intra-articular corticosteroids reduce synovial blood flow and alter local collagen synthesis 2. They have also been shown to decrease the local inflammatory modulator response by mechanisms such as interfering with inflammatory cell adhesion, interrupting cytokines like IL-1, and impairing leukotriene and prostaglandin synthesis 3.
There are a few characteristics that are examined when looking at depot corticosteroids.  Solubility seems to be mentioned across the orthopedic specialty often and compounds with lower solubility are thought to remain at the injected site for longer periods of time and, in theory, have less systemic effect.  Triamcinolone acetonide (Kenalog) is the least soluble of the commonly used injectable steroids, followed by triamcinolone hexacetonide (Aristospan) 4.  Crystal structure and duration of action are also typically factored in when choosing corticosteroids.   Microscopic comparison studies have shown methylprednisolone to be the largest particle, triamcinolone to be intermediate and betamethasone to be the smallest 5,6. 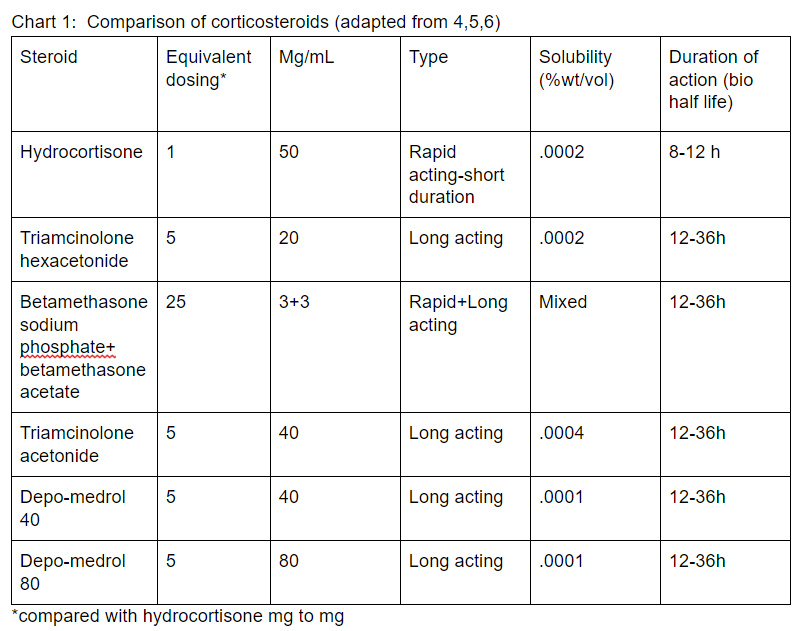 Image 1. Comparison of corticosteroids (adopted from 4, 5, 6) 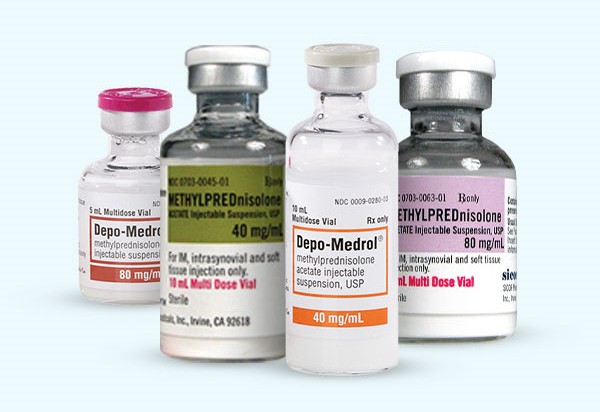 Image 2. Examples of various corticosteroids that are sometimes used in joint injections (adopted from henryschein.com)

Overall, there is limited randomized control trials comparing the efficacy of depot corticosteroids for joint injections 1.  The choice of corticosteroids is typically based on training tradition and clinical experience but other factors are involved such as cost and availability.  Cost and insurance reimbursement can vary by region. The paucity of evidence is the main reason there is so much variability in which agents are used for joint injections.